why PB for Linux is so limited?
(I would like to work also without barriers with Linux).

P.S. This would be for me the strong advantage for PB, but if the content-development under Linux is so painful - I will only loose my time (copy & past of text from a webpage into a note, Drag & Drop of files, etc.).

Quote
jtmusky 54 posts
jtmusky 1303444382
PB is limited somewhat in linux but there are some alternative ways around some issues, some solutions are better IMHO than the windows features. In other places, linux has features that windows doesn't have.

Drag and Drop still doesn't work, due to some silly java... stuff. If you really need this feature, use the java ran muCommander. I personaly like the "sendto context menu" solution better. I still can't install PB with the shell script installer due to install crashes, but the tar-gzip version works fine for me.

You can use the above instructions for creating a send-to context menu in your file manager if you use XFCE and Thunar. I should update for the gnome and kde file managers. Since the above instructions I added two more context menu items on my personal system. One that moves the file and one that creates a symbolic link. The symlink is treated as the actual file in PB, Internal file designator.

If you use compiz-fusion, you can actually setup your desktop to be easier than windows for coping content over as PB is never in the way or behind the active window, but on a separate screen. Screenshot is of my 6 virtual screens below, I never overlay any windows on top of each other. You can navigate faster using an expo plugin with compiz-fusion than you can with windows. IMHO this makes the transparent option in windows, if ported over, to linux useless. Also, you can make transparency on any window in linux.

I had a couple of problems coping text from Firefox into PB. I did not have problems with google-chrome though. But firefox is my main web browser. Glitches and extra characters were copied into the note from firefox. I found a solution around this with an addon. copy text only for firefox. I just copy url links from the address bar in firefox and paste into the plex with out any problems.

Also in linux you can load PB multiple times. With that, I haven't had any problems coping thoughts from one brain to the other instance. See screenshot below.  I haven't tried loading the same brain_file in each PB instance, but that would probably cause bad juju.

You can't really copy email into PB in linux as easy with windows counterpart.  But I found a solution with my email client mutt. I use a program called muttprint. I use a command in my .muttrc file like this. Same concept as the "sendto context menu"

muttprint converts the email to latex typeset, then pipes to ps2ascii to convert it a normal ascii text file with an extention of "eml" In the DefaultUnixCommands.properties file, I assoictated "eml" with gvim. You can use gedit from gnome or your fav text editor.

My biggest disappointment is the loss of indexing some certain file types, exp: doc, xls. oh well. I'm not complaining, Not many companies can pronounce linux, and asking them to create and support linux would be asking too much. The fact I don't have to do anything special to make it work with my x86_64 java is super awesome. I'm just thankful TheBrain does, and does it well. Especially with such an innovated piece of software that changed my whole life structure. Good job guys!

Wow, this was supposed to be a quick reply. 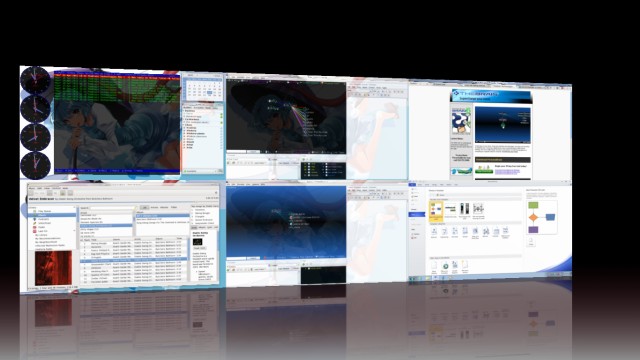 fine the copy paste prob with Linux I could save with the google-chrom brower.

Myself I run OpenSuse.

Thanks for the hint!
Greetings,

Quote
Kegster 17 posts
Kegster 1308003401
oelindarina wrote:
The lack of drag-and-drop functionality is a shame, but the real deal-breaker for me is that it seems to be dramatically slower. I'm going to give it another shot, now that I have a much faster computer. Maybe I need to make sure I'm using the proprietary Java? I'm not sure if I was before.

I was having the same problem, personal brain was really slow in Ubuntu 10.04. Turns out i was running java version 6 update 20. I upgraded to update 26 and it runs waaaay faster

Quote
Mdejong 8 posts
Mdejong 1322256754
Dear jtmusky, thx alot for the mucommander tip! That is briljant stuff! Can you describe the "send-to" How-to also for Nautilus? If possible of course.
Quote